There have been several reviews over the last few weeks. Below are the links. Over the next few weeks there will be more reviews covering new smartphones and the brand new Chord Mojo which has taken the audio world by storm. 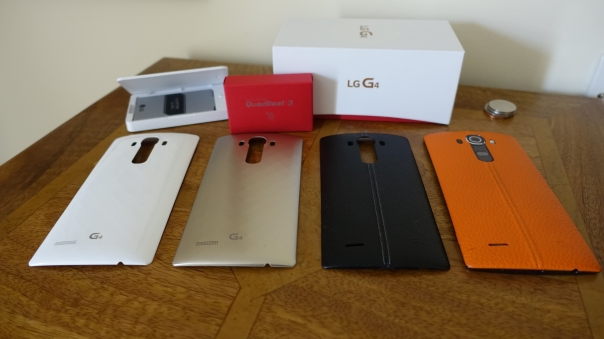 This will be my last post, review, opinions on my LG G4. Why, because I am moving to an iPhone 6S Plus tomorrow. (However, since last night I have been using a Honor 7 which is a PR review unit)

I have had the G4 for 4 months as my main phone and that is a record breaking duration. My G4 package shown above is brilliant. Not shown in the photo is my slim port MHL adapter which connected the G4 via HDMI to my TV. This feature is not even included with the new Note 5! Over the duration of ownership I added to the range of rear covers. The G4 came with a black leather finish and a gold cover in the box. I added a ceramic white and orange leather cover. 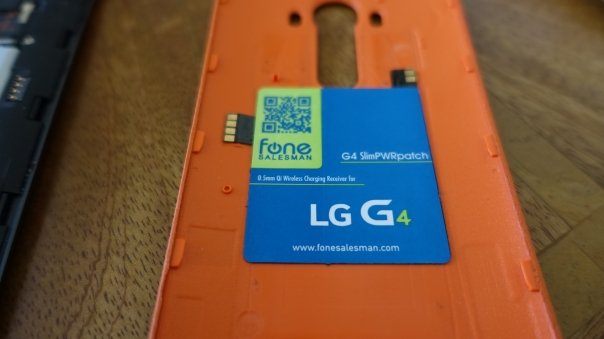 Then I got the buzz to fit Qi wireless charging and added this to the orange leather cover. NFC was also included with the Qi sticker. Finally, I protected the screen with a tempered glass screen protector.

So from a hardware standpoint I found the G4 really flexible. It did everything I needed. Expandable memory via the micro SD card slot. I used my 128gb micro SD card. Whilst the G4 does have Quick Charge 2, nothing beats swapping the battery out for a fully charged one. 0% to 100% in less than a minute.

The camera IMO is the best out there currently. And by quite a margin over most other smartphones. The whole phone was kept in touch with a decent Snapdragon 808 which unlike the 810, did not overheat. In use the G4 was fluid and became a great workhorse. A flexible, powerful, adaptable phone. And now I have perfected the phone and its accessories it makes perfect sense in my world, to move on to the next challenge.

But that is the hardware, but what about the software. Well I used the LG launcher for at least 6 weeks and finally relented and installed Nova launcher with Material Cards icon set as shown below.

As some of you will also know, I was at IFA 2015 and got to see all the current and soon to be released phones. As I held each new phone, my natural instincts was to compare it to my G4, and without exception there was not one phone either current or soon to be released that offered anything better than the G4.

So as I bid farewell to my G4, I can honestly say that I will really miss it.

BUT I know what you are all thinking? Will the new iPhone 6S Plus take better photos than the G4? Weather permitting, I intend to undertake this challenge. At this point in time, I have no idea if the new 12mp camera from the 6S Plus will better the 16mp LG G4 camera. This should be interesting so stay tuned 🙂

Everyone seems fascinated with 4K video. Yes its a much better quality but its takes up so much storage space as a consequence.

Therefore, using 1080p makes more sense in most cases. So below is a short clip recorded yesterday in 1080p, using the default LG G4 camera app. The weather conditions were not ideal with thick fog. What the video clip highlighted is the f/1.8 lens made “light” work literally of the poor lighting conditions.

This week I have been using the LG G4 to write my website posts, take video and photographs.

First the Bad – Whilst roaming the G4 battery life has sucked. 5 hours in total. 1 hour 45 mins screen on time. This was my worst day. 2 flat batteries!

Luckily I had a spare battery that I could recharge externally. So the replaceable and user swappable battery was a godsend.

The camera. So have not used my Sony RX100 Mk3. The G4 took every shot in every lighting condition first time every time.

It also has showed its versatility.

More. So the battery was improved by switching off LTE and mobile data when not needed. Also changing to a different roaming partner helped a lot. Improved to 3 hours screen on time.

Before I start to describe how to add Qi Wireless charging to the LG G4, please remember that if you use the method I used with the original back cover that came with your phone, you will void your warranty.

So I decided to add the Qi Wireless charging to my beautiful orange leather back. The first decision I had to make was which brand of Qi Wireless Sticker to choose. I read lots of reviews and looked at the various installations required and decided to buy the G4 SlimPWRpatch Qi Receiver for LG G4 by Fonesalesman

. At the time of purchase you didn’t have to buy the bundle, just the Qi sticker.

The process is so simple. Use the pick to ease of the current NFC sticker from inside the battery back cover. Next, lay Qi wireless card over the battery and use the small stickers to hold in position over the metal pins. Put back cover on and test to make sure you have aligned card. If ok, peel off 3m sticker, replace back cover. Leave a few minutes. Take off back cover, remove small round stickers used to position. Job done. The printed instructions are probably simpler to understand than my explanation, or you can view the video produced by Fonesalesman.

I cannot stress how simple the installation using the Fonesalesman product. There is no guesswork involved in alignment and you align prior to fixing.

So does it work? Yes and that’s despite its curved back. I use it on my Samsung Note 4 Qi Wireless pad and my 2 x Nokia Qi Wireless puck. The NFC chip is also included in this product too.

Just a few shots all taken on the LG G4, manual mode, raw and post processed and converted to jpeg. For the full resolution versions, just click on each photo.

Coombestone Tor, Dartmoor – in the mist and rain 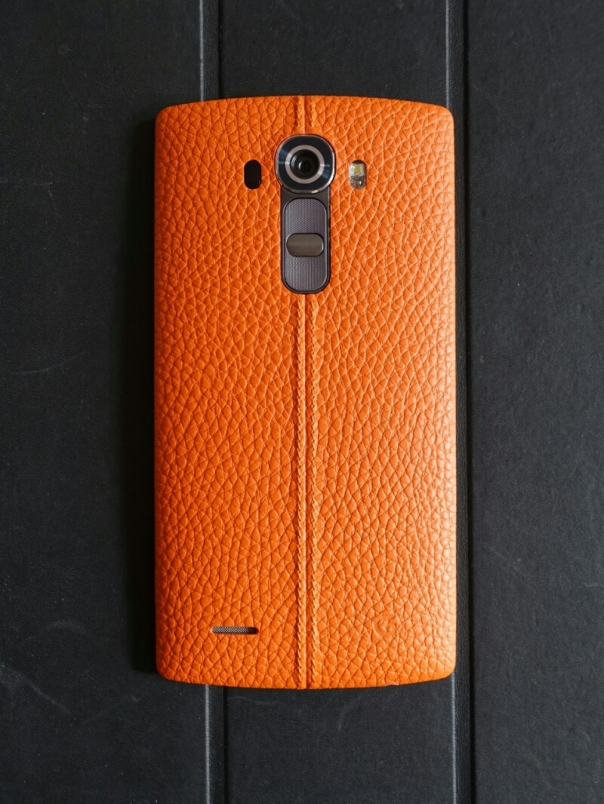 I received the orange leather back for the G4 today.

It really adds a bit of style to the otherwise unimaginative phone. The orange looks better in real life than the photo.

Just a quick photo I took in my village this morning. I used the default LG G4 camera app in manual mode, shot in RAW and post processed it Adobe Lightroom 6. I am still learning how to use Lightroom 6, but even using some of the basics features, it truly is incredible what can be achieved with your photos.

Of course, it does help having a phone like the LG G4 that takes such amazing shots!

My LG G4 received an OTA changing the firmware to V10c-EUR-XX.

Apart from bug fixes and improvements that were not listed in the changelog , I have noticed the following.

Pressing the recent menu icon, you can now pin apps to stop them being closed out of memory.

The ringtone and notification volume has been separated into individual sliders.

SlowMo mode in the camera has been moved to the modes menu. It was under video size previously.

A new Bluetooth icon with battery level of the connected device now appears.

Now this is a tip for those that use Google Music. For some mad reason there is no Equaliser option on the app. If you had over to XDA and install AudioFX you now have huge EQ options. You do not need to be rooted.

Yesterday early morning, I took my dogs out up to Cox Tor on Dartmoor and took many photos using the LG G4. Below are my favourite shots.