So Apple announces that it sold a record 13m iPhones over the launch weekend up by 3m from last year. So it’s only natural that Wall Street responds with disapproval and disappointment and causes Apple’s share price to drop. Sometimes I do wonder if morons run Wall Street!

At a time when Samsung and other phone companies are struggling to sell their phones, Apple had no problem whatsoever in shifting a record breaking number. I do suspect China played a big part in the sales figures. Also worth noting that the iPhone will go on sale in another 40 countries on 10th October.

This year was the first year that Apple made buying the new iPhone a much easier process and in turn reduced the queue sizes.

Now back to the camera and low light photos. Apparently for low light shots you get much better results if you switch off the live photo mode. I have not had time to test this thoroughly but will over the coming weeks. Also there are a number of third party apps that specialise in low light photography including Slow Shutter Cam and Nightcap Pro and I will see what difference these apps make.

In the meantime, taken at dusk yesterday is the photo below. Unedited. Seems ok to me. 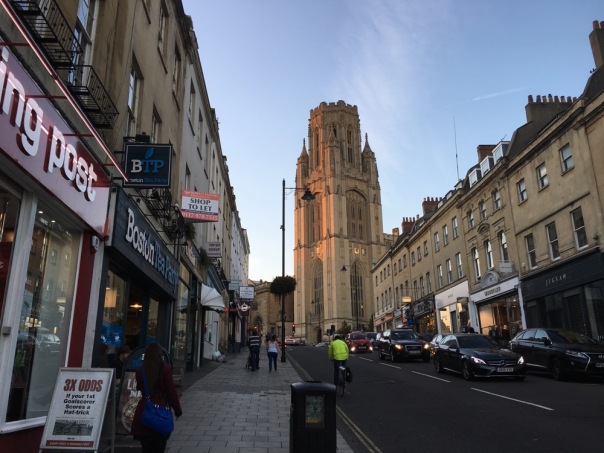 All the below shots were taken from dusk to darkness. The optical image stabilisation was probably working overtime. With more time with the camera, I am certain it will be possible to improve upon these shots.

Princetown, night shot and heavy fog. Camera really did well as the air was full of fog.

If you want to see full resolution, just click on photo, and change size to full size.