My wife and I were out yesterday in Widecombe in the Moor on Dartmoor. This is a beautiful place and if you happen to visit, make sure you pop into the Cafe on The Green for some tasty grub.

During our visit to Widecombe my wife took photos using her iPhone 6S and I was snapping away with my LG G5 and Samsung Galaxy S7. So whilst the photo viewpoints don’t always match, the conditions were identical, and this provided some great photos to compare. I also thought the photos taken were more realistic to a normal day trip, rather than trying to take photos in a prepared format.

First up is the shot from the iPhone 6S below. I actually prefer the iPhone 6S shot here. Look at all the clouds and sky. Slightly better exposed and more natural and realistic to the scene.

Below is from the LG G5 using the wide lens. Dramatic as always from the wide angle.

Below is the shot from the Samsung S7. Deep saturated colours. Some may prefer this screen look. Good contrast too.

First up a 3 shots from the iPhone 6S. These shots are the Church and graveyard are close calls in terms of accuracy to the scenes themselves.

Below 3 shots from the LG G5. Some really great snaps from the G5.

Below are 3 shots from the Samsung S7. Sharp and saturated. Still great looking photos.

So now the remainder of the shots are by myself using the LG G5 and Samsung S7.

Below are the 2 shots from the LG G5. The G5 does a good job, but not as good as the S7. The wind was blowing slightly when taking these shots and the ones from the S7.

Below are the 2 shots from the S7. The S7 is the clear winner here. Stunning. Oodles of detail.

Below are 2 shots from the LG G5. One normal and the other wide. Too close to call between the 2 phones. Some areas the extra resolution means there is more detail to crop with the G5.

Below is the shot from the S7. A very good shot but not as much detail as the G5, but excellent nonetheless.

Final shot from the LG G5, using the wide lens to capture the Cafe on the Green restaurant.

This is to highlight why the G5 is ideal for visiting places. The wide lens can capture the scene in a unique way.

Overall all 3 phones did a great job. The iPhone is still a decent contender against the LG G5 and Samsung S7 in good lighting. The S7 did a better job with close and macro shots than the LG G5. And the LG G5 takes wonderful wide angle shots.

So what do you think? You can tap on each photo to view the full size version.

Today, I thought I would share one of my favourite voice commands that I use all the time with Siri. If you have the iPhone 6S or 6S Plus you can have “Hey Siri” set to be always on (listening) for your voice. This is my preferred choice.

Your hands are wet as you’ve just had a shower. So say “Hey Siri”, then ask Siri, what time is it. Siri will respond dutifully with the time.

So these are my top 3, what are yours?

Below are 3 photos taken yesterday on the iPhone 6S Plus.

Little Mis Tor, Dartmoor – Panoramic. I particularly liked this shot and was very pleased with the result from the iPhone. Unedited.  Don’t forget to click on the photo to see the original.

The next two had to be edited in snapseed using the HDR scape filter as the shots were too dark (under exposed).

Tomorrow I will have around 20 photos taken at the same time with the Asus Zenfone Zoom for comparison.

A few days ago I mentioned I was going to try and see whether using the Apple iPhone 6S with the Apple Watch or Fitbit Charge HR would work as a better solution for fitness.

This is an interesting exercise as my wife is using her iPhone 6S and I am using my iPhone 6S Plus. We are both testing the Apple Watch and Fitbit Charge HR to see which one works best.

We are both syncing data from the Apple Watch to the Apple HealthKit app which in turns syncs the steps to MyFitnessPal. My wife noticed that MyFitnessPal under the home tab showed the correct step count value synced across from the Apple Watch. In the Diary tab at the bottom, the number of steps shown was up to 50% inaccurate meaning the total number of extra calories created that day were down by a fair amount. This can make a lot of difference if you needed extra calories for a snack in the evening.

So as I had the same issue, I did some investigation and noticed in the Apple HealthKit app it displayed my wife’s Apple Watch twice. So a call to Apple Support and I was advised to wipe the phone clean and restore from iTunes. What was scary was the guy from Apple Support did not know the to save your HealthKit data you need to backup to iTunes using encryption. Restoring a backup from iCloud will not bring back historical health data. This is not good as not everyone uses a PC/Mac so therefore backing up to iTunes is impossible.

So how is the FitBit Charge HR going. In one word, it just works and really well. For pure fitness it is far simpler and easier to use. It also syncs really smoothly with MyFitness Pal.

So how does the Apple Watch compare? To be honest it is a totally different device that can do so much from paying for goods, controlling my weather station and more. As a fitness device is works fairly well but it is not perfect. Activity is minus the GPS map tracking. After a workout you can’t read your heart rate scores taken throughout the time exercising. All you get is a heart rate summary. On the other hand I do like how the Apple Watch makes you stand up every hour and also displays your activity.

If I had to choose just one device for fitness, currently the winner goes to FitBit.

It is also worth noting that FitBit has just had a Class Action lawsuit taken against them that alleges that the heart rate tracking in the Charge HR and Surge, are inaccurate and by a significant margin.

One of the joys of using an iPhone is using iMovie on the iPhone itself. The iPhone 6S and 6S Plus come with a powerful A9 processor that makes light work of editing your own movie.

Below is a sample video edited and created in iMovie from just a few short video clips and photographs.

The video filmed in the above movie was recorded at 4K. From the iMovie app itself you can share the 4K content directly to YouTube. In fact, this is the only way to share 4K content to YouTube , via the iMovie app on iOS. Otherwise to upload 4K, you will need to do this from your Mac or PC.

iMovie for iOS enables you to browse and share videos or just video clips, mark favourite moments to find the later on, create cool Hollywood style trailers with 14 different templates along with some great music, customise loads of different aspects of the trailers, from logos, titles , cast names and credits. 3D Touch is available too to quickly start a project or peek at a movie. Movies have a choice of 8 themes, 10 video filters, speed enhancements from slow motion, fast forward, picture in picture , split screen effects, or create your own soundtracks or sound effects. It is also possible to connect a keyboard and use keyboard editing shortcuts for faster creation. And the above is just a summary of what’s possible and all on my iPhone 6S. 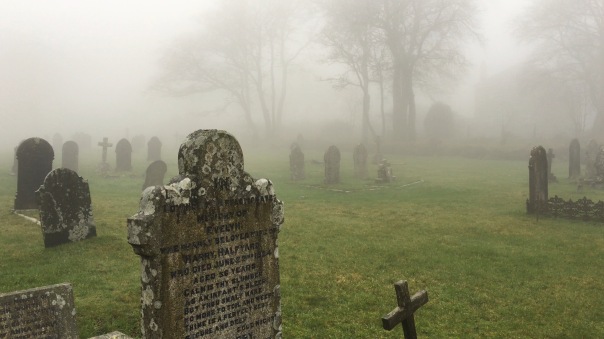 If you do decide to video in 4K you will need to change the iPhone settings for the camera in the main settings app, under Photos & Camera. One minute of 4K video uses 375mb of space. However, recording in 4K does allow for zooming in and removing still photos from the 4K video. To remove photos from the 4K video which will be 8mp shots, I use SnapStill for iOS. Not only does it recommend which are the best frames to extract to 8mp photos but it gives you the option to keep the meta data. The above photo is a 8mp still from the 4K video example.

All this flexibility of iMovie on the iPhone 6S makes it a superb piece of video editing kit. Now when I consider changing to an android phone,there is nothing of comparison that allows for proper editing on the phone itself.

Coming back to the iPhone 6S Plus from my LG G4 really has opened my eyes to the extensive video and photo editing apps now available. iMovie is the icing on the cake!

I don’t dislike any mobile operating system and have 3 on the go everyday. However, since September my main sim has been in an iPhone 6S Plus. One of the touted features of iOS 9 is 3D Touch.

When it comes to apps, I now firmly believe Apple has the edge with apps not just apps on the iPhone, but also the Apple Watch, iPad and Apple TV. Of course, if you can manage in a world without apps, then the app advantage is irrelevant.

Back to 3D Touch and they way it transforms the iPhone experience. Below are a selection of apps that use 3D Touch –

The above list comes to 52 apps and 1 game that are active on my device. All the above apps have 3D Touch shortcut menu items from the app icon on the home screen. After opening the app 3D Touch is available dependant on the app. I’ll be honest in that it took at least a month before I started using 3D Touch. But now it is as common as anything and really speeds up the process of most tasks.

I have noticed Force Touch is available and coming to other phones on android, but the number of apps developed will be significantly behind iOS for quite a while.

3D Touch is just one area where developers have improved their iOS apps. The Touch ID and Apple Pay are two other areas where iOS score above their equivalent rivals on alternative platforms.

So for the foreseeable future iOS and 3D Touch have become a new way of interacting with a phone and its still really early days. I do look forward to future developments across all operating systems too.