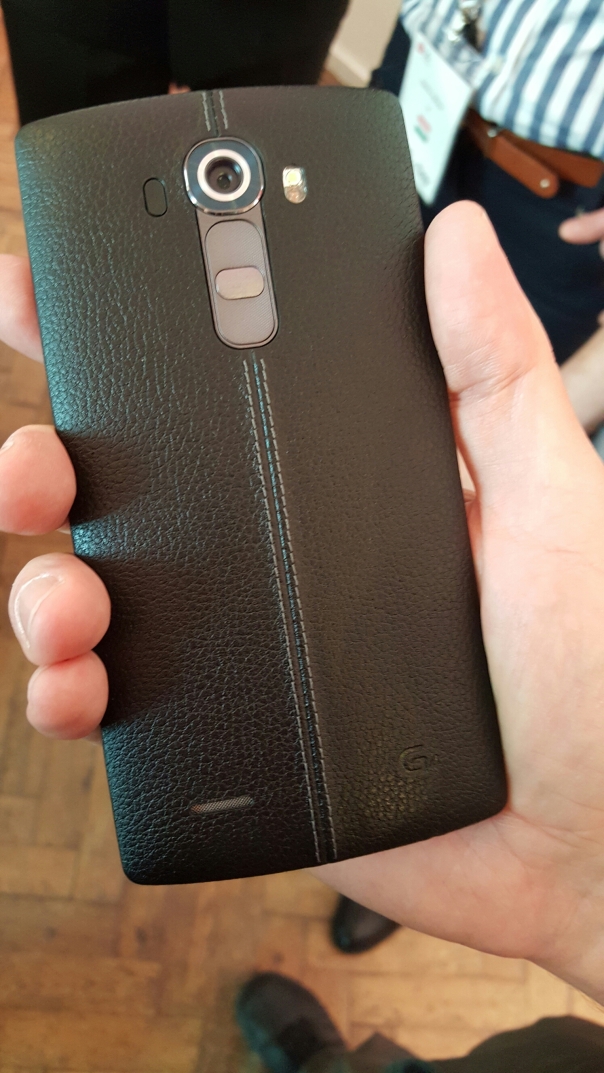 So here you have the LG G4 in the black leather finish. The G4 still has a removable back cover and micro SD card slot as you can see below. 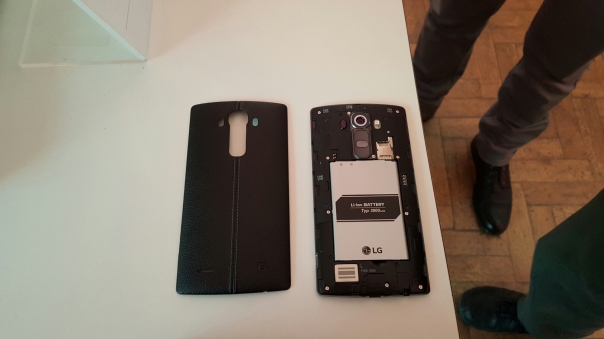 And below some other leather finishes. In my mind the wine and brown leathers feel nicer than the black and blue. LG uses genuine leather so over the months and years of ownership the stains and marks will be yours to admire forever. Of course, if the back gets too dirty just change the cover ! 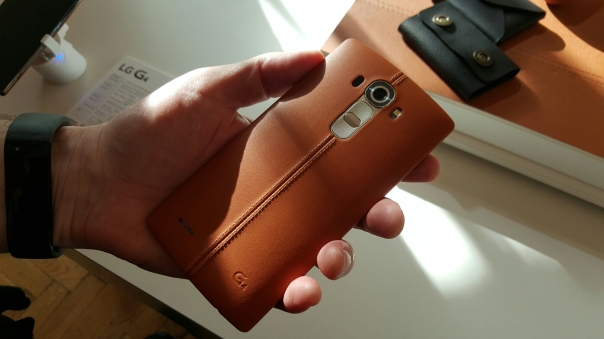 Above is the metallic and ceramic white finishes. The ceramic felt good in the hand despite being a ceramic finish. In fact the G4 is great to hold from a comfort and ergonomic point of view due to the slightly curved back and materials used.

So the million dollar question. How good is the camera. Well, below is a shot from the G4.

The manual control options are extensive and shooting in raw is also possible. The G4 will be able to take more advanced type shots than the S6 Edge like light trails for example.

I copied across some music to the G4 and connected my bluetooth Plantronics BackBeat Pro headphones. The G4 produced a powerful sound and clearly apt-X was present. Obviously I will need more time to evaluate properly. The loudspeaker was on the rear and was reasonable but nothing special. Qi Wireless charging is supported to.

The screen. The new QHD Quantum panel looked brighter than that found on the G3. It also is meant to work much better in sunlight with better contrast levels. I compared it to the S6 Edge and without auto brightness on, it had similar levels.

I have left you a selection of shots from the UI v4. To be honest it doesn’t look anything special and unlike the S6 Edge and HTC One M9 there are no theming options.

In conclusion, the LG G4 is an upgrade to the G3. I am not convinced yet based on my limited time that it is the best smartphone out there, so I’m hoping with a proper test of the G4 I can decide where to rank it. The leather and slight curve finish looked good. Some people will love the camera and removable battery and micro SD.

So for now have a look at the UI photos. 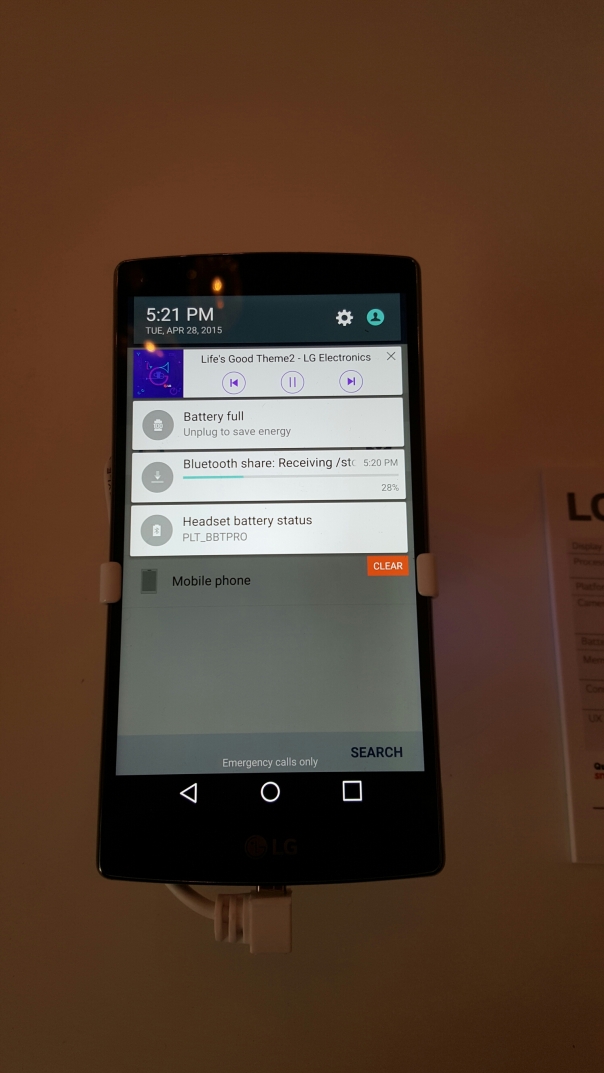 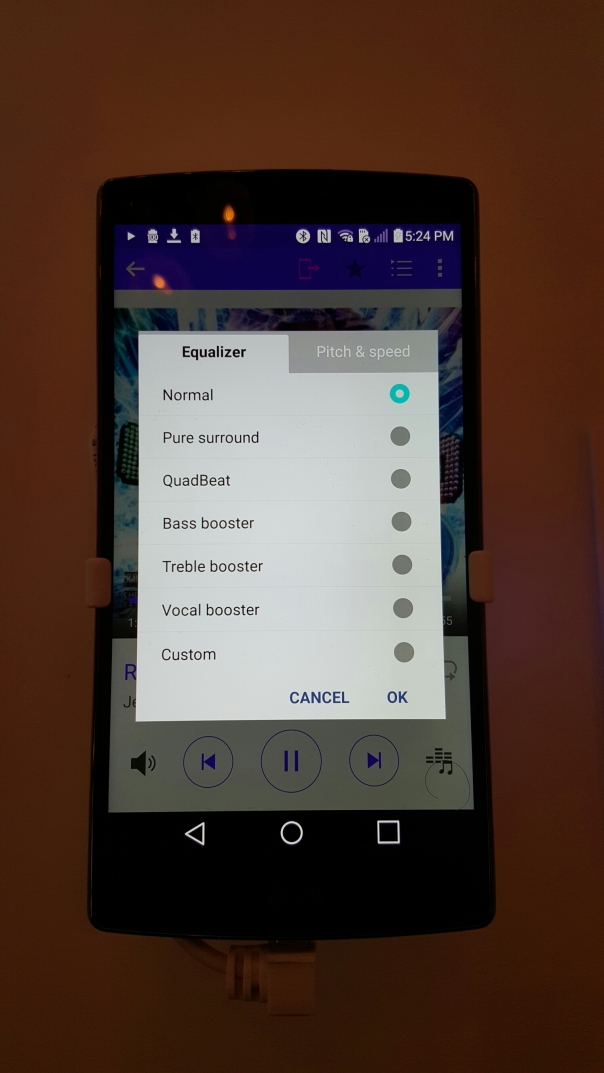 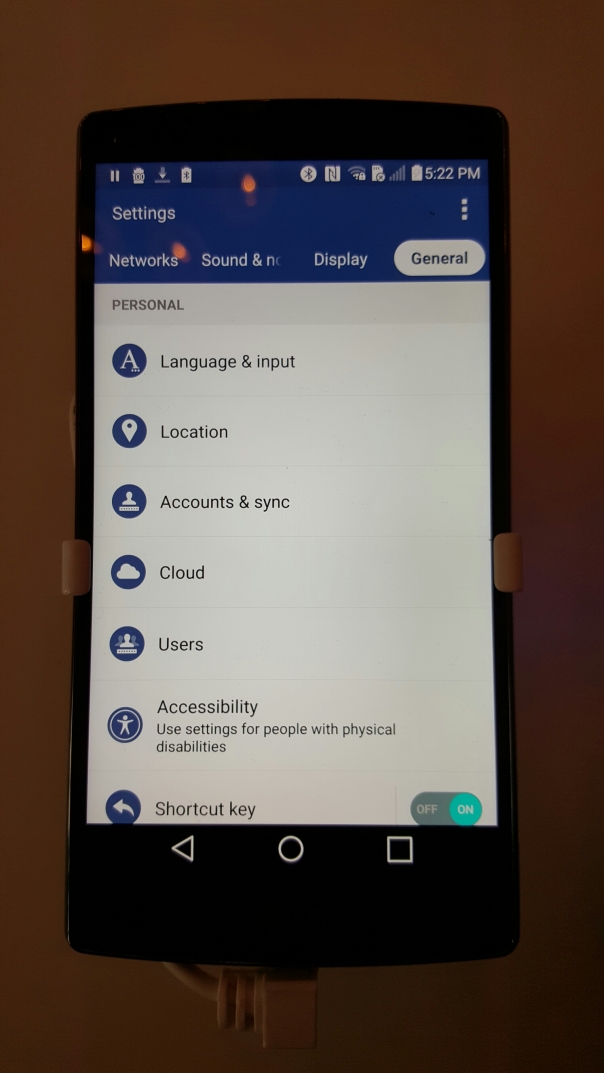 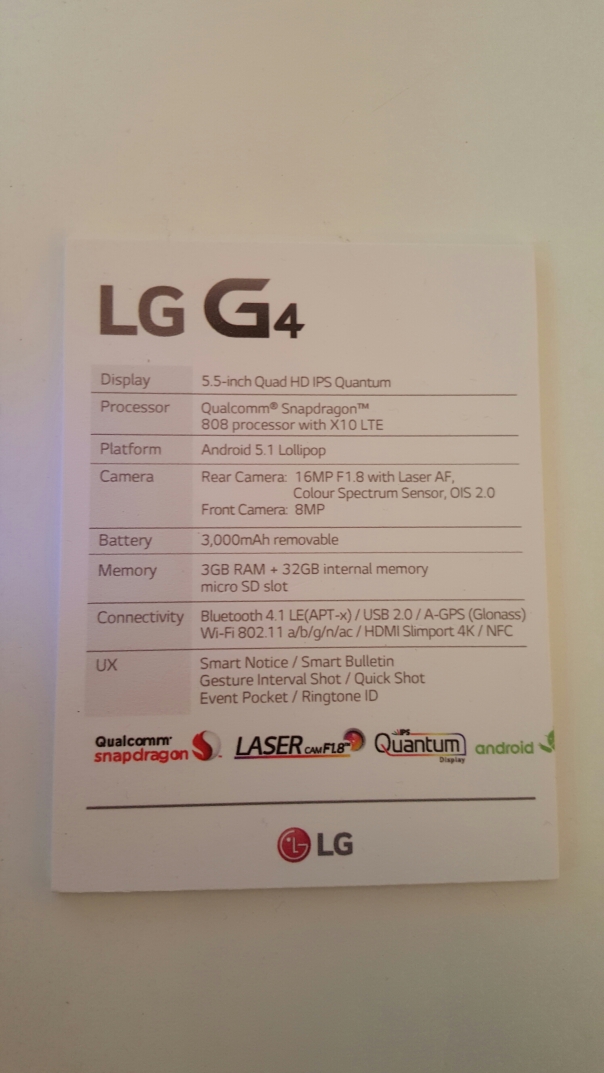