Apple has just released the iPhone 5S with its improved A7 processor and updated camera 8mp. Meanwhile Sony has also recently released its bad boy Sony Xperia Z1, with a huge 20.7mp camera.

They do say size isn’t everything, but how will this pan out in real life tests. Below are 3 sample shots from both cameras. To view the full resolution versions along with all the exif data, additional photos for comparison, go to my special Flickr set http://www.flickr.com/photos/gavinfabl100/sets/72157635718285964/ .

First up you will notice that the iPhone 5S does not shoot in widescreen 16:9, rather 4:3. The Z1 in superior auto mode shoots in 16:9 and in manual 20.7mp settings is also 4:3. Again, study the photos here and on my Flickr set. And decide which is best. Tomorrow, I will give you my opinions on the 2 phones.

First up inside Costa Coffee with the Z1.

Inside the Apple Store Plymouth with the Z1. 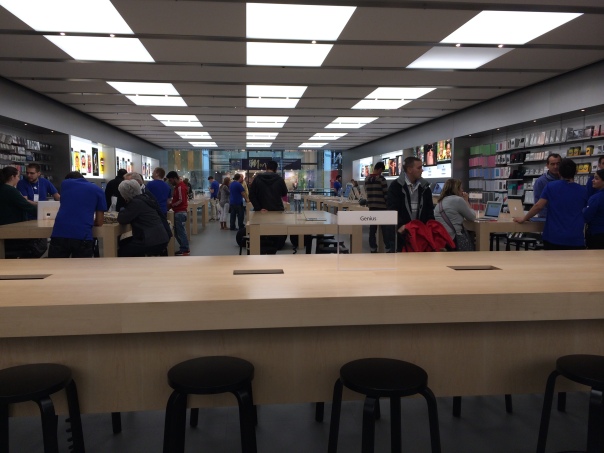 Ok, lets go outside. It is a grim day with overcast skies. Z1 goes first again.

And once again same shot but with the iPhone 5S.

And outdoors again on Dartmoor. It is a foggy day. First up the Z1.

And leave you views in the comments. They all count. Tomorrow I will conclude with my thoughts on the cameras.