So Samsung launched Samsung Pay in the UK yesterday. This was a day of celebration that turned rapidly sour for several reasons.

Firstly, Samsung Pay is only launching with 3 banks. 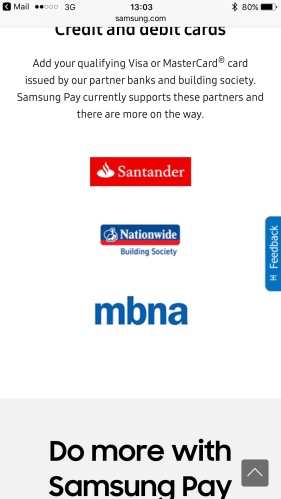 Not all is lost as you can use it instead of your Oyster travel card. It is also compatible with the following phones and places. 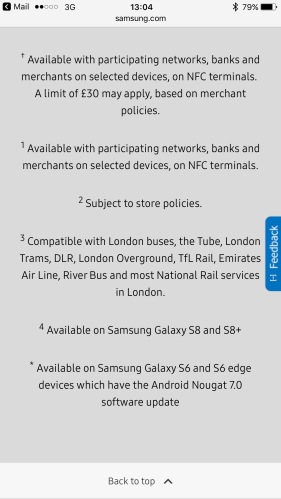 But the problem with Samsung Pay is two fold. Firstly, you have to decide whether to use Android Pay or Samsung Pay as your default payment system. Why would you pick Samsung over Android Pay which accepts so many more banks and is Google’s own system?.

Secondly, and this really is a big point, Samsung Pay has a major advantage over Apple and Android Pay. It works not only at terminals with a contactless machine but also on the machines without contactless that use the magnetic strip system. That meant Samsung Pay could be used anywhere. However, Samsung decided the UK didn’t need the MST feature and turned it off. WTF Samsung!!