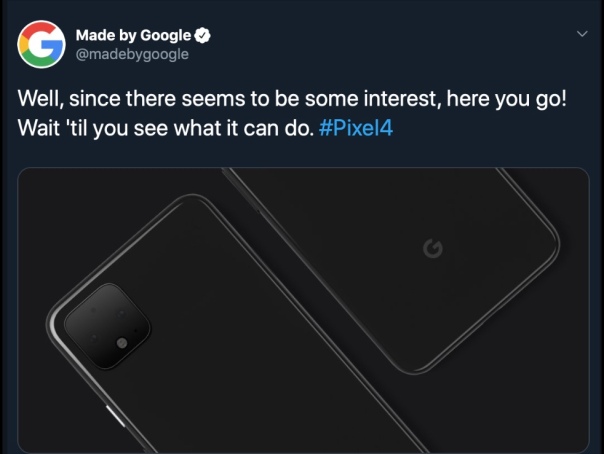 So Google just trolled itself and confirmed that the leaked image was in fact its upcoming Pixel 4.

The phone is not being released for another 4 months, so this is kind of crazy for a company to confirm that the leaked image was in fact its phone. Why would anyone now buy the older models, when you can clearly see there are multiple rear cameras now and some rumoured up to 5 cameras on the front.

What Google needs to confirm is that this new phone will have at least 6GB of ram, preferably 8gb to avoid apps being dumped out of memory.

So are you excited for the new Pixel 4?