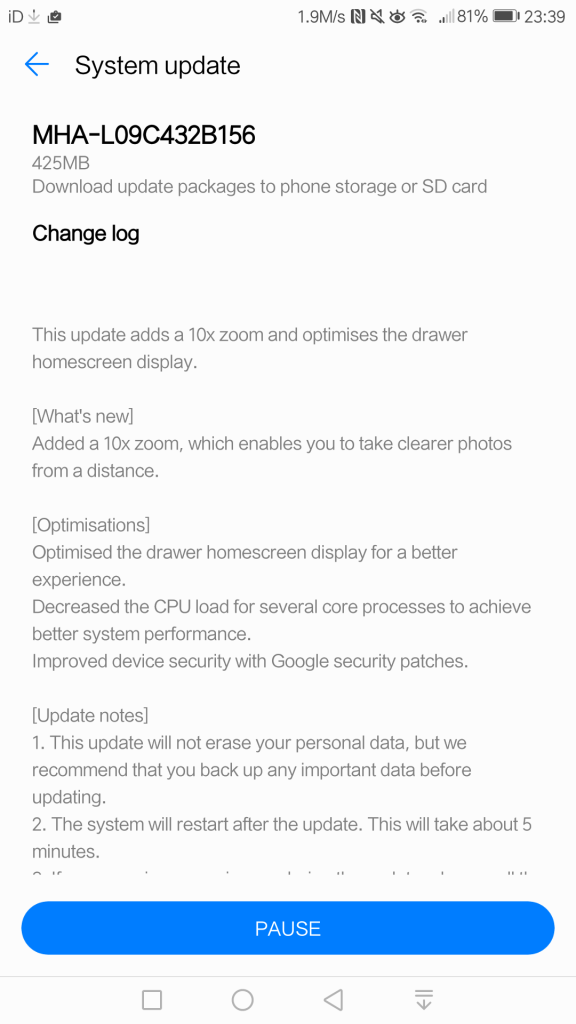 Tonight has been a night of firmware updates for my phones. The Huawei Mate 9 (UK version) only received an update a week or so ago, but just like that, along came B156.

This adds a few new features and the mandatory bug fixes.

One of the most significant new features is 10 x zoom. So there is no hiding from me now!

The Google security patch has also improved from 1st December 2016 to 1st January 2017.