Well it does if you compare it to the quality and quantity that exist on android and iOS. However in reality it is possible to survive without the multitude of apps. Below are 2 screenshots from my Lumia 830 and as you should be able to see, it has plenty of apps installed. Actually I’ve installed over 70 apps so far, along with about 20 or so games. And that number is way above the normal amount. At the moment, I’m really only struggling with one app that is not available on the platform and that is from Belkin, the WeMo app. This app controls my lighting and plugs. Apart from that one missing app, I have a great setup.

I decided to try Windows Phone with a more upmarket handset following my recent usage with a Lumia 535 and other low cost options. Unfortunately, Microsoft is in a state of limbo while it completes Windows 10, meaning that there won’t be any “flagships” until Windows 10 is released. The Lumia 1020 is old in the tooth now and showing its age. The Lumia 930 is equally a bit old now, and the Lumia 830 seemed to fit the bill quite nicely. It is also on offer at Carphone Warehouse for £199 inclusive of delivery and if you complete the redemption form by 31st March 2015, you also receive a free FitBit Flex worth £79.99. The Flex will be for my wife, meaning the overall cost was somewhat of a bargain.

So these are the highlights so far. Qi charging is built in. I choose bright orange as my finish and I love it. So distinctive and totally sets it apart from any other phone. The loudspeaker is on the back of the phone. This is probably the worst place for a speaker, but it does go very loud. Audio quality via headphones is excellent as it Bluetooth music with the APT-X codec included. MixRadio is free music streaming and that is always a bonus! There is a podcast app which I need to explore further. A FM Radio is built in too.

I love the home screen on Windows Phone. My personal dashboard with everything accessible in a flash. The camera is superb. Lots of manual controls and plenty of tricks too from 4K Photo capture, after editing of HDR to control the level of HDR effect and a whole suite of photo editing options too. So whilst the app selection is weak, the installed base of services and apps has you covered for most circumstances. I will upload some camera shots later this week. Currently, it has been gale force rain and winds. However, in low light the Lumia 830 with its Carl Zeiss optics and Optical Image stabilisation has outperformed my Note 4. I have not been able to test other scenarios but I cannot wait to see how the Lumia 830 compares to the Samsung Note 4. Notifications actually work on the 830. The Glance screen works a treat too.

Google apps like drive and hangouts or Google+, as far as I can tell are a non starter. It was terribly slow accessing Google Drive documents using the web browser so clearly if you decide to use a Windows Phone the solution is to use Microsoft services like OneDrive. At least with OneDrive it is totally cross platform. I have worked out that to give up android, I would just need to copy my media and documents from Google Drive to OneDrive and only access Hangouts or Google+ from a PC. I would need to install the Belkin WeMo lights app on my wife’s iPhone.

As it was a gale yesterday, I spent all day Sunday exploring apps, alternative app options by third party developers and fine tuning the phone. Its battery life easily lasted a day! I was quite surprised by how many big name apps I have installed so far from including Amazon, Amazon Kindle, Natwest, Dropbox, Dominos Pizza, Viber, WhatsApp, Linkedin, Skype, Twitter, Flickr (Third Party), Adobe Reader, Adobe Photoshop Express, BBC iPlayer, YouTube (Third Party that allows downloads), Tunein Radio, Shazam, MetOffice, Netatmo, WordPress, FitBit, MyFitnessPal, Flipboard, Nextgen Reader, Camera360, eBay, FaceBook, Netflix, PayPal, Redlaser, Speedtest.net, Tapatalk and London Tube Map. The included suite of apps by Microsoft is extensive and that cover a multitude of sins. Now some of the apps listed are not as feature rich as their android or iOS equivalents, but none are crippled either. The biggest let down is not in apps but in games, even with Xbox Games. I have installed the following games AE Bubble, Cosmos Conquest, iBomber Defense, Jetpack Joyride, Lexiqo Word Puzzle, Microsoft Solitaire, Mirrors Edge, Plants vs Zombies, Cut the Rope Experiments, Sonic CD, Minecraft, Fruit Ninja, Red Bull Kart Fighter, Shuffle Party, Temple Run, Sudoku, Word Twist, Wordament, Zombie HQ, and Zombie Madness Pro. Those that like Candy Crush Saga will find it in the Windows Store. But some of these titles have been available on android and iOS for years and are not the latest instalments. But at least there are still games to play!

So I am saving the best to last. Cortana your own personal assistant. In my opinion, Cortana is superior to Ok Google and Siri. As an example, I am streaming music from MixRadio over bluetooth to my Plantronics BackBeat Pro Bluetooth headphones. A text message arrives on my phone. Cortana interrupts my music and tells me who has sent a text message and would I like it read out. So I say “yes”. Cortana reads the message and asks if I would like to reply. I dictate my reply and the response is sent. This is all done without touching the phone or any buttons on my headphones. Cortana is also reliable and fast. So have a look at my home screen tiles and once I have lived longer with the Lumia 830, I will update you with the positives and negatives.

And don’t forget to ask me any questions! 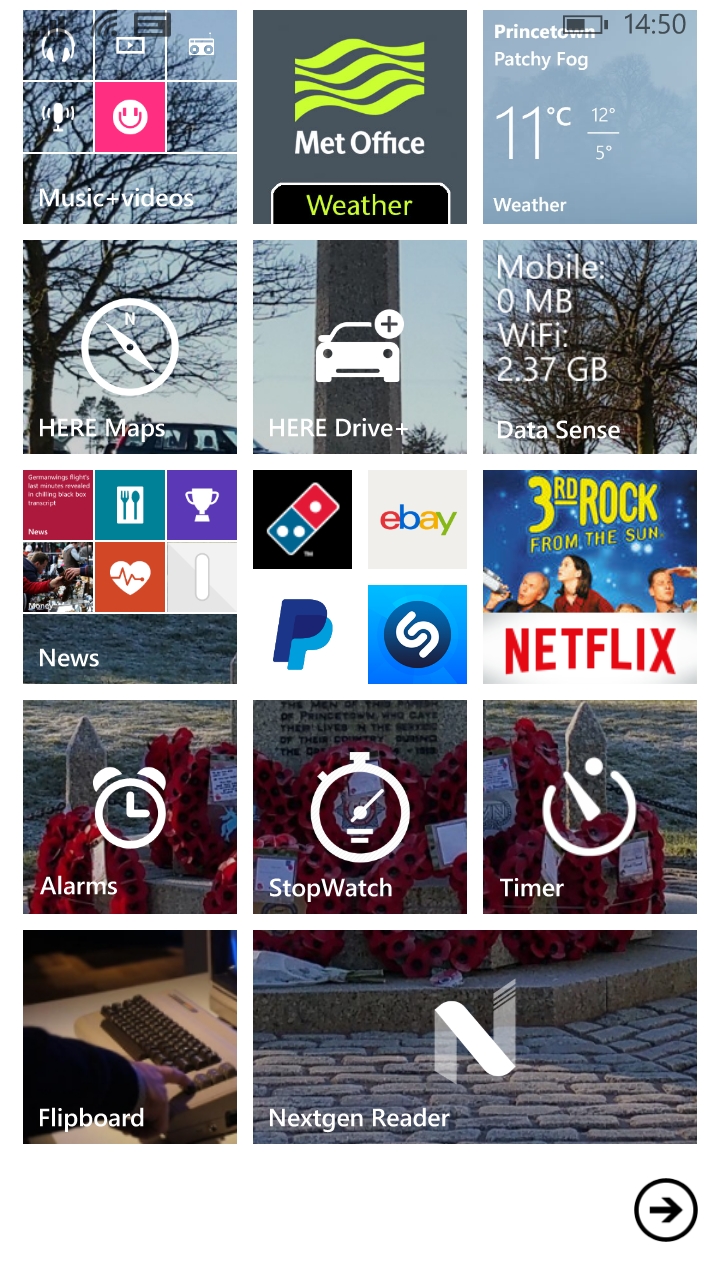 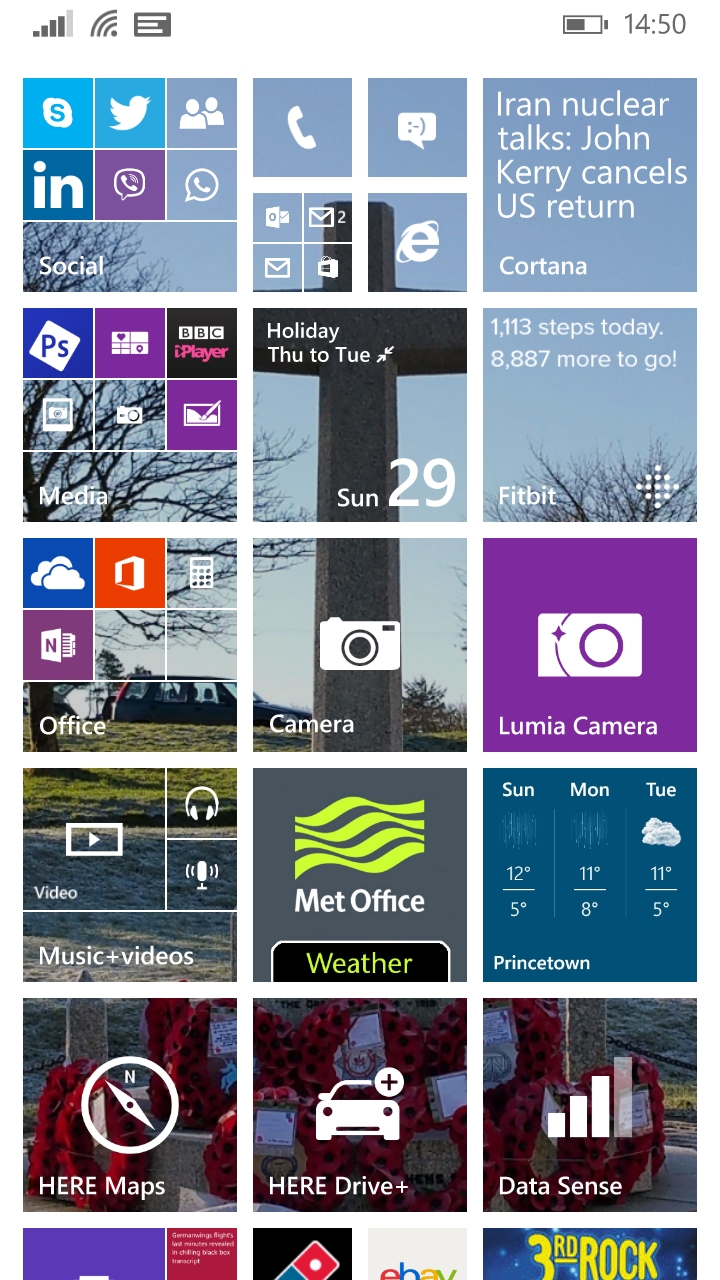 7 thoughts on “What app shortages? Not on Nokia Lumia 830 – My Experience so far”