Samsung earned industry praise for estimating that it will ship 10 million Galaxy S4 to carriers in its first month on the market, six months after the same journalists voiced disappointment that Apple had sold only 5 million iPhone 5’s in its first 3 days.

And a bit more.

Samsung announced that by the end of next week they will have sold 10m Samsung Galaxy S4 phones. They also short changed the same amount of people by not being transparent about the free user memory and what the memory card can and can’t be used for.

The S4 health accessories are now available to pre order from Clove Technology . These include the bands, scales and heart monitor.

Samsung announced on BBC Watchdog it would potentially be releasing a software update to free up some internal memory space. Watch this space!

Both the Samsung Galaxy S4 and HTC One have an IR Blaster. If the included software is not powerful and feature packed enough there is now an app that covers all your remotes, called Smart IR for HTC One or Smart IR for Samsung S4. 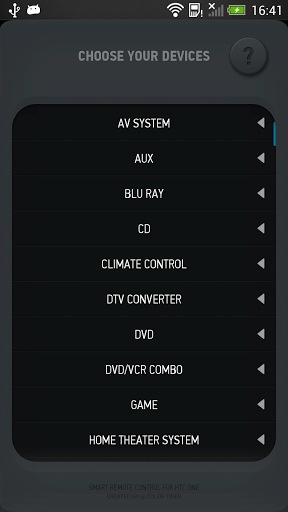 With Smart InfraRed Remote for your HTC One or S4, you can add, create and customize any number of remotes, combining controls from any of your existing remotes. Imagine a single remote on which the CHANNEL UP button controls your Set Top Box from your TV provider, the VOLUME keys control your home theater system and the arrow keys control your TV’s menu. If your mobile rings the remote mutes your TV etc. If the app detects a sudden increase in volume, like big explosions it can automatically lowest the volume. This is the first app available making use of the IR Blaster and consequently costs more than most apps at £6.42.

Smart Remote can control your TV, Set Top Box, Lights, Projectors, etc.. Virtually anything that has an Infrared Receiver can be controlled by Smart Remote with the correct remote codes. DSLR camera support apparently is in the pipeline.

There is one difference between the S4 and HTC One, the S4 due to a hardware limitation is not able to do automatic learning of codes.

Don’t forget to tune in to the BBC 1 Watchdog consumer programme at 8pm.

This week Anne Robinson is taking aim at the Samsung S4 and what Samsung forgot to tell us about its 16gb phone.

I hope this forces Samsung’s hand to announce the availability of the 32/64gb versions at a sensible cost, direct from their website.

If you do decide to opt for the 32gb model, the available memory is around 23gb.

I contacted the ASA regarding the Samsung S4 and the lack of memory with the 16gb, the changes in how memory is managed now by using internal memory only for apps and games, and the lack of the 32gb or 64gb models. This is the response.

Thank you for contacting us about an entry on the Samsung UK website.

You raised two points: the availability of the higher memory Galaxy S4 models and also that the ad did not clarify that not all of the 16GB would be available for customers to use.

In relation to the latter point, I’m afraid we have decided not to pursue this aspect of your complaint. We understand that it is standard industry practice for manufacturers of electronic devices to advertise their product in this way. It reflects the actual size of the product memory and in the case of the Samsung UK website, the type of content that can be incorporated is clarified. It’s always difficult to evaluate cases such as this, because each user will have differing requirements and we must look at the content of ads as a whole to ascertain whether they are likely to mislead consumers about the product’s capability. In this example, we don’t believe that to be the case.

Given Samsung’s response, we won’t take matters further this time. We would like to thank you, however, for raising your concerns with us. If you would like more information about our work, please visit http://www.asa.org.uk.&#8221;

The response is disappointing and weak in my view. All Samsung had had to do is amend their website and now everything is fine. In addition it is apparently ok to mislead consumers with memory claims as well.

I have challenged the ASA with regards to the memory claims and now am waiting for a further response.

Two great phones but which has the best selection of cases.

But the real showcase is searching on eBay UK for fitted form cases for each device. The HTC One has 1,460 available to buy. Sounds amazing. But the S4 has 15,069 available!

Clearly the S4 is the clear winner when it comes to finding cases.

Samsung’s upcoming Galaxy S4 Zoom has been hitting the news recently. So far it is rumoured to have the following features-

As to the other specs, we will just have to wait, but I wonder many features of the standard S4 will be missing from the Zoom?

My love affair with the Samsung Galaxy S4 is over. It is due to be returned, so is all boxed up.

There are many positives about this phone, and I think if Samsung had spent a little bit more time prior to release resolving some of the bugs, this would be a force to be reckoned with. Personally I believe Samsung wanted to get this phone out as early as possible prior to any new iOS official announcements and new devices. Apart from the fact I believe this should have been a 32gb device for a flagship phone, it does many other good features.

It is excellent to hold, the range of included software is impressive although some bugs existed, the motion and air controls whilst erratic whether they worked or not, still showed clever thinking by Samsung. Problems with the screen and audio clipping were frustrating.

In 3-6 months I hope that all the above problems have been fixed, because at that point the S4 will be a worthy flagship. I also hope Samsung has provided a way to buy the larger memory models at a reasonable cost.

The problem Samsung will face that in 3-6 months there will be new products from the likes of Apple, HTC, and others.

What ruined it for me was the overall experience. At times I was smiling, but then I got frustrated by the bugs and issues which killed the good feelings.

You wanted the top memory models, well here they are in stock at the following places. One small catch is the location. Australia.

The Samsung S4 had many strong points going for it. It also has several weaknesses. So far during my testing I have experienced slow downs when opening apps, motion controls not always working especially in bright sunlight. But even more basic it’s a problem with using headphones.

There is an active thread over at XDA Developers detailing issues people are having whereby the S4 cannot provide enough current/power, which in turn causes the headphones to crack and pop.

Not a good state of affairs.