The Stadia Founder’s Edition, available for pre order now for £119, lets you instantly enjoy games in up to 4K on your TV without a console. You can also play across laptops, desktops, Pixel 3 and Pixel 3a with cross-screen early access from day one.

No waiting for game downloads.downloads. Google’s servers do all the heavy lifting. So with a modest download connection, this is what you can expect across your devices when playing Stadia. 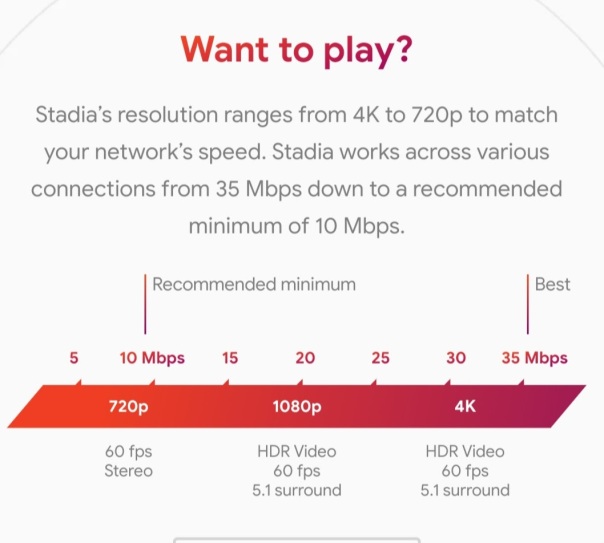 Stadia’s resolution ranges from 4K to 720p to match your network’s speed. Stadia works across various connections from 35 Mbps down to a recommended minimum of 10 Mbps.

Google has currently revealed two Stadia tiers: Stadia Pro and Stadia Base. There might be other tiers later on.

You can currently choose to purchase the Stadia Founder’s Edition for $129 or £119, which includes three months of Stadia Pro for free along with a Google Chromecast Ultra and an exclusive Night Blue Stadia controller. You also get access to a Buddy Pass to give to a friend. Being an earlier adopter, you also gets first choice on a Stadia name.

This gaming service and solution from Google sounds incredible. What do you think?

More info at the Google Store.