Have you seen a message when launching an app or game on iOS that says this app will slow down your iPhone?

If you have been a long time iOS user you will probably find that there are quite a lot of apps and games that bring up this message. What I had done was move this apps or games into a separate folder so I knew which ones were potential issues/culprits in the making.

Well now Apple has made it easy to identify these rogue apps and games. After you have updated to iOS 10.3, go to the settings app, select General, About. 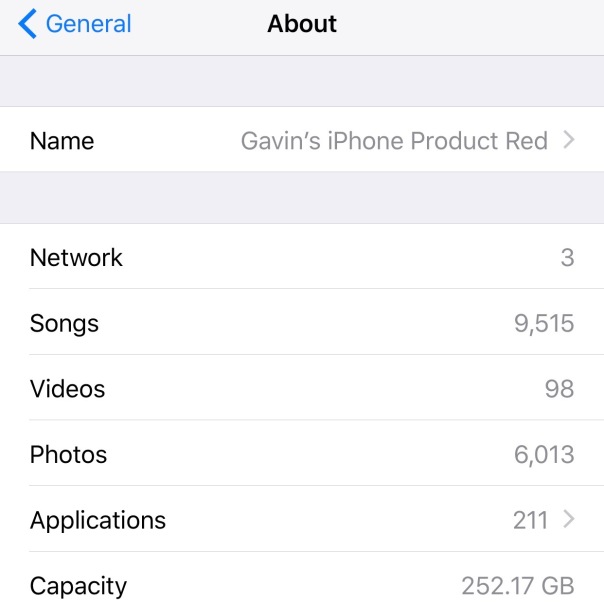 Here you will see a list as shown above. Now you can tap on Applications. 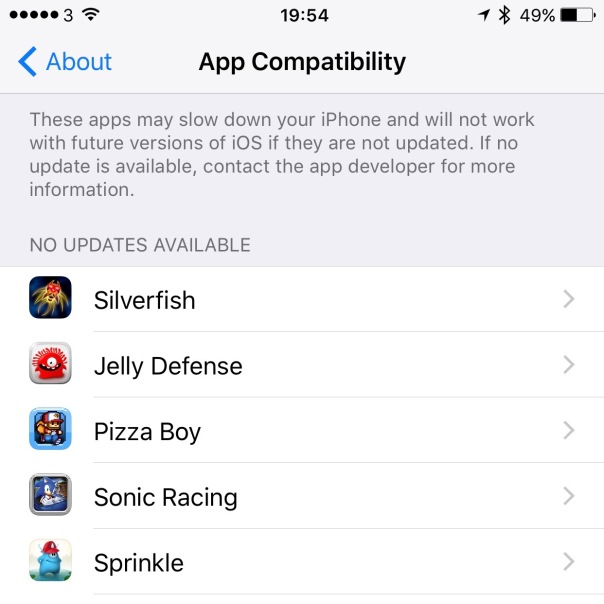 And voila, you now have a list of apps and games that are actually based on a 32 bit architecture. Apple requires all apps to be based on 64 bit architectures and has done so for a while. It is fairly likely that once iOS 11 arrives in September 2017, all 32 bit apps and games will not function. This means developers will have to update their software accordingly, and I am sure once users realise how simple it is to pinpoint the impacted software, the developers will be bombarded with requests to update their software.

In my case, most of my issues are games running on 32 bit. I only had 1 app out of 15 games. It may be worth checking what shows up in your list, in case there is something you might need.