Welcome to my review of the Tascam Trackpad US-2×2. 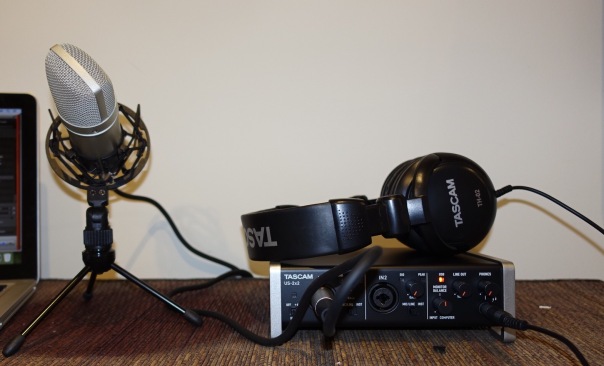 The world of budget audio shows no restraints as to what is possible at a lower price point. Tascam have released the new Tascam Trackpad US-2×2 which is a 2-in/2-out Audio/MIDI Interface with HDDA Mic Preamps and iOS Compatibility. So not only can you connect this to your PC or Mac but via the Apple Camera Cable you can connect this to your iPad and iPhone which is truly impressive when you think of the possibilities of using this with an iPad or iPhone. So the Tascam makes an great 2-channel interface for home, project, and mobile studios. The other aspect of this piece of tech is its price. The Tascam Trackpad US 2×2 with the mic and headphones costs £145!!

The US-2×2 includes class-compliant drivers for plug-and-play operation on Mac OSX and iOS devices, and a simple driver adds ASIO compatibility for Windows. MIDI in and out are also included for connecting synths, drum machines, and controllers. The interface includes two DAW applications to choose from – both Cakewalk SONAR X3 LE and Abelton Live Lite 9. The two Ultra HDDA mic preamp design is based on discrete components, similar to that used with classic professional gear. They achieve an incredible EIN rating of -127 dBu, meaning their noise level is practically below the range of hearing. Other impressive specs include a signal-to-noise ratio of 101 dB.

In the box you get the following – 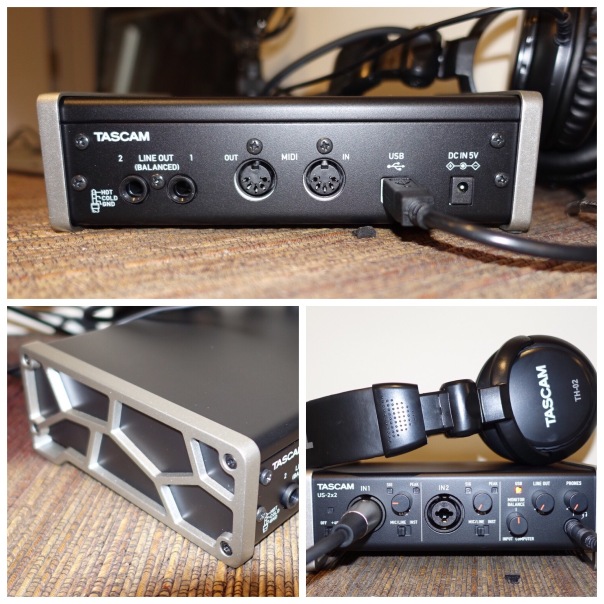 The Tascam US 2×2 Experience

The Tascam Trackpad is really simple to use. Just connect it via USB and you are ready to go. If you are connecting to an iOS device you will need the optional power supply and Apple camera connection USB lead. The microphone comes in 3 sections. The tripod base screws on to the microphone support and then the mic itself slides into the support. The tripod legs move to your desired position. The included headphones have a fairly neutral sound but are better than expected. I did try the headphones with a few of my other audio devices too and with similar conclusions. To see how well the Tascam Trackpad performed I invited over three friends over to help. One played guitar, one was on vocals and the other on the synthesizers. We connected everything up to the Tascam Trackpad, and my mac. You can use GarageBand to record everything or use the additional software included – SONAR X3 LE and Ableton Live Lite 9. After recording for around an hour, we played back the various recordings. The quality was really good. My friends were rather impressed too at just what was possible from such a low cost package. As you can see from the photos, the Tascam Trackpad is not huge in size or weight which makes it fairly portable.

This is my first foray into the world of studio recording. I was surprised at just how versatile this piece of technology is from Tascam. My mac recognised the Tascam immediately and it was a breeze to record in high quality. Add to the fact, I could have used my iPhone or iPad via GarageBand to record the performance as well. And all for £145!!.