If you are like me, you liked Blinkfeed on your HTC One using its built in launcher, Sense 5. However, despite Sense 5 being very polished, more customisation and speed can be obtained using a third party launcher like Apex or Nova. The problem is Blinkfeed is part of Sense, so doesn’t appear with any third party solution. However, there is a solution to create a shortcut that looks like an app on the home screen.

Below is a screen shot of my home screen using Nova Launcher Prime. Two thirds down on the right hand side is an icon HTC, labelled Blinkfeed. Pressing this brings up Blinkfeed. 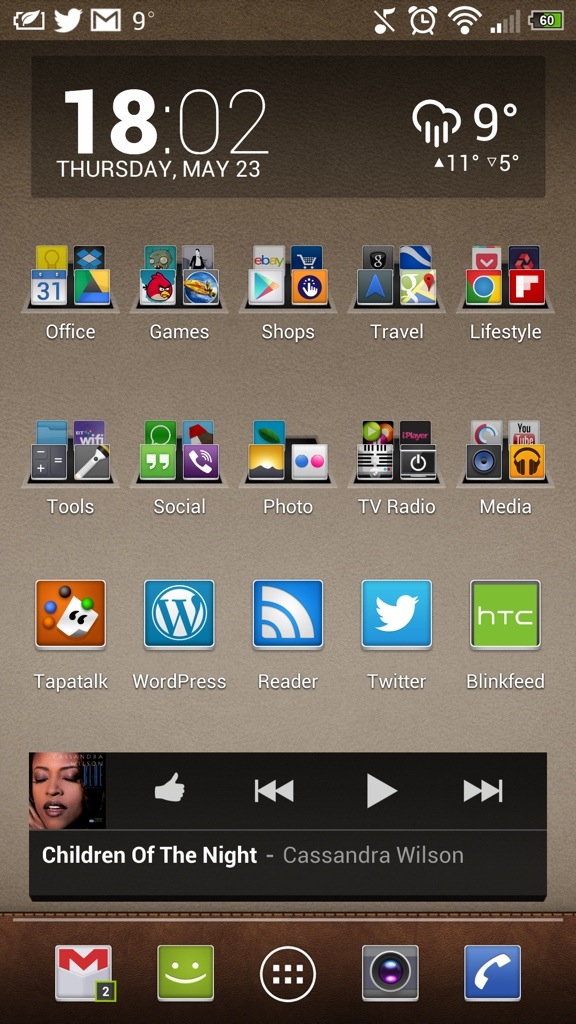 To get to this point, first press and hold on a blank area of the screen to bring up the below menu. 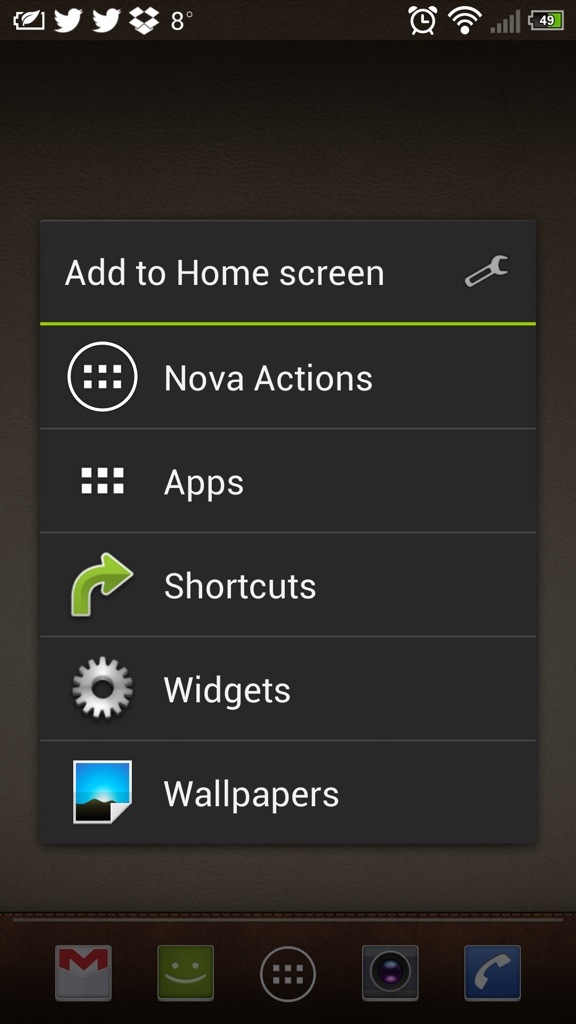 Press shortcuts, and then you will get to the screen below. Select Activites.

Then scroll down till you get to HTC Sense and select this.